European Team Championships – All You Need to Know

So what is this European Team Championships First League?

It’s a track and field team competition divided into four divisions with men and women competing together over two days. At the top of the pile is the Superleague followed by Leagues 1, 2 and 3, each with 12 national teams (or so – there are 46 teams in all). The bottom three in the Superleague are relegated; the top two in League 1 win promotion, with the bottom two relegated to League 2. Same goes for Leagues 2 and 3; two up , two down.

How long is it going?

Since 2009. Before that there were separate men and women’s competitions, with the Irish men in League 2 and the Irish women in League 1 (mostly). In 2009, Ireland started in League 2, coming second behind Lithuania and winning promotion to League 1. We have stayed there ever since.

Have you got a run-down of results? But of course!

* There was no competition in 2012 (last year…) when the European Athletics Championships were held.

Any predictions? If previous form is anything to go by (see above), two from the trio of Czech Republic, Portugal and Sweden will see-saw back into the Superleague. The Dutch are in with a shout as well.

Who should we watch out for? Well, there are a couple of Olympic champions competing; Krisztian Pais from Estonia in the men’s hammer (Sat 12.30pm) and Gert Kanter of Estonia in the men’s discus (Sun 1.56pm). Two good 100m races are promised (both on Sat from 2pm)– Dutch sprinter Martina has a lifetime best of 9.91 and has run 10.16 so far this season. So has young pretender Dimitrov of Bulgaria. 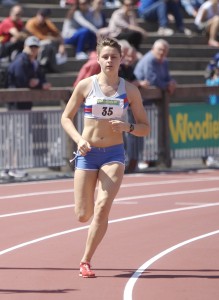 a Dulce Felix of Portugal who goes in the 5000m (Sun 3.20pm) finished behind Fionnuala Britton at the European Cross-Country Championships.

The Irish men’s squad is not as strong, but to avoid the drop, all that’s needed is a healthy number of top 10 finishes and a few better than that. Here’s hoping the weather is kind.

Any other information?  Timetable and other details at www.dublinathletics.ie. Live coverage on Setanta Ireland from 1.30pm both days.