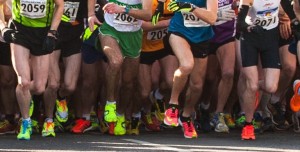 First off for the team was Mark Kirwan who clocked a time of 9 mins 27 secs for the opening two-mile leg. He handed over to Kieran Kelly who ran 4 mins 22 secs for the mile leg to maintain the Raheny lead. Next up was Mick Clohisey whose time of 14 mins 3 secs for three miles was equaled by John Travers with the air by some by some way the fastest of the day. So it was left to Daire Bemingham to bring the team home. He ran a time of 9 mins 32 secs for the second two-mile leg, crossing the line in a new record of 38 mins 26 secs.

In the battle for second place, Ennis TC, consisting of three Chesser brothers and anchor man Kevin Mulcaire, just edged it ahead of Kilkenny City Harriers, with Mulcaire holding off the challenge of Eoin Everard on the final two-mile leg. DSD finished fourth and Donore fifth.

Running for the Donore team was John Dunne, who earlier had helped the club’s team to victory in a closely-fought M35 race. Just seven seconds separated the top four teams with Donore first in 19 mins 34 secs, followed by Rathfarnham WSAF1936, defending champions Newbridge 19:39, and Sligo 19.41.

Successfully defending their women’s senior title were Carol Finn, Lizzie Lee and Michelle Finn of Leevale. Only two days earlier, Michelle Finn had won the steeplechase at the Irish Universities Track  and  Field Championships. The Leevale trio were clear winners in 20 mins 50 secs, with Crusaders, anchored by Anna Reddan, second in 21:21 and Sli Cualann third in 21:28. Running for Sli Cualann were juniors Richael Browne and Emma O’Brien on the mile legs and old hand Deirdre Byrne on the middle two-mile leg. Byrne and Lee were both timed at 10:38 for the leg – the fastest of the day.

IN CALIFORNIA, Tori Pena finished second in the pole vault  with a leap of 4.52m at a meet in Long Beach. In Walnut, Rose Ann Galligan opened her outdoor season with a 2:04.50 for the 800m.

MARIA MCCAMBRIDGE finished second overall and first women in 76 mins 24 secs at the Wexford Half Marathon. Winner was Tom Hogan of SBR in  75.30.

NATASHA ADAMS OF Letterkenny AC was first woman in today’s Convoy 10km in 34.08, a PB by 45 seconds. 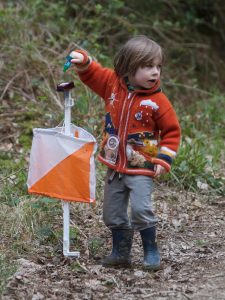 CONOR SHORT  and Niamh O’Boyle, both from CNOC, retained their men and women’s titles at the Leinster Orienteering Championships, held  on Carrick Mountain, Glenealy, Co Wicklow.