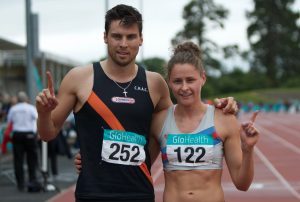 Thomas Barr in the 400m hurdles, Marcus Lawler 200m and Brian Gregan 400m all won their heats at the opening day of the European Clubs Team Championships in Vaasa Finland today. All five big names came through in the 400m hurdles (see below), which is shaping up to be the race of the competition.

In the women’s 100m, Amy Foster finished second in her heat, which was the faster of the two. Others safely through to their finals were Phil Healy 2oom, Sinead Denny 400m and Sarah Lavin 100m hurdles. There was disappointment for Ben Reynolds who was disqualified from his 110m hurdles heat and for Christine McMahon who missed out by one place on qualifying as a fastest loser in the women’s 400m hurdles.