Go on ya good thing!

By admin on February 5, 2008 in Uncategorized 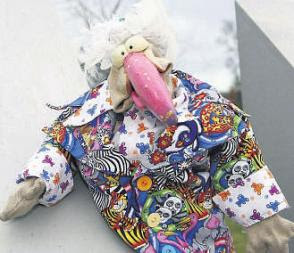 Ireland has had some turkeys in the Eurovision song contest and 2008 will be no different.

“Irlande douze points” sung by Dustin the Turkey is included in the shortlist of six songs. With the public deciding which one will go forward to Belgrade, it looks like he could make it – even if Eurovision purists are crying foul. Stuff ’em I say!

“I’m pretty confident,” Dustin says. “When I ran for President and when I ran for Taoiseach and when I ran in the Women’s’ Mini Marathon — although I don’t like to talk about that much — I was doing my bit for the people of this country and I hope they’ll come out and support me again.”

See below for Dustin’s version of Riverdance. Go on ya good thing!