We Need To Talk About Marathon-gate 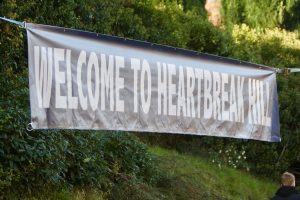 After “Marathon-gate”, here are some of the questions that need debating:

1 Who is eligible to compete in Irish championships?

– Longtime Irish residents who were not born in in Ireland and are not Irish citizens.

2 Can longtime residents (at least two years) compete for their clubs and take medals:

3 On wearing of club singlet in championships:

– If one athlete is allowed to bend the rule, why have the rule at all?

4 Each championships to have a “controller” whose job it is to ensure that all athletes competing abide by the competition rules.

5 A briefing to be held before all championships. For track and field and cross-country, where athletes may arrive at different times, this to be attended by a club representative; for road championships where everyone starts at the same time, this t

o be attended by all athletes.

6 Half marathon and 10km road championships to revert to the old system where they moved around the country. Association with commercial races to be discouraged.