Schools: Wins for O’Leary, Murphy and Healy at Santry 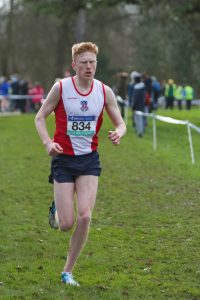 Although Sean O’Leary came home a comfortable winner of the senior boys’ race, St Aidan’s CBS failed to make it three in a row at the Irish Life Health Leinster Schools Cross-Country Championships in Santry yesterday.

In dry, firm conditions, O’Leary made his move about halfway through the race, leaving Cormac Dalton of St Joseph’s Rochfortbridge, Jamie Battle of Colaiste Mhuire Mullingar and Brian Fay of Belvedere to battle it out for the minor placings.With the finish in sight, Dalton made an attempt to catch O’Leary but it was too little too late.

When it came to the team placings, Colaiste Mhuire were the clear winners with 59 points, St Aidan’s, the current All Ireland champions, were second on 98 points and Knockbeg College a close third on 100 points.

A clear winner of the senior girls’ 2.5km race was Sophie Murphy from Mount Anville who stretched out the field from the start. Second was Jodie McCann of Institute of Education, while third was Eimear O’Brien from Dominican Wicklow, Loreto Mullingar, led by Alana Bates, proved best of the teams, followed by East Glendalough and Loreto St Stephen’s Green.

With Amy Rose Farrell of Mount Anville out of action through injury, the inter girl’s 3.5km race turned into a show-down between Sarah Healy of Holy Child Killiney and Wesley’s ‘s Abi Taylor.

Taylor forced the pace from the start, but with a lap to go, Healy moved to the front and quickly built up a substantial lead. Taylor finished second with Annie McEvoy of Loreto Kilkenny overtaking Roisin Treacy of St Gerard’s Bray for third. 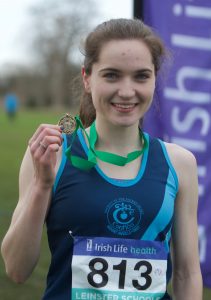 The black and white hoops of St Kieran’s Kilkenny dominated the boy’s inter race, with Adam Fitzpatrick in firstplace and Shay McEvoy second helping to ensure team victory for their school. Second was Colaiste Mhuire, with St Aidan’s third.

Loreto schools proved unbeatable in the junior schools race, with Loreto Kilkenny best of the teams, followed by Loreto Mullingar and Loreto St Stephen’s Green. Individual winner of the race was Aine Kirwan of Loreto Kilkenny, who was followed home by Nessa Reilly of St Vincent’s Dundalk and Orla Reidy of Maynooth PP.

Victor Esoga not only won the minor boys’ race, but led St Joseph’s Drogheda to team victory. Best overall schools were the Colaiste Mhuire boys and the Loreto Kilkenny girls.

The top 15 individuals and three teams qualify for the All ireland at Mallusk on March 11.

A few pics at www.flickr.com/lindie 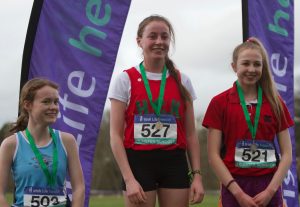