Irish triathlete  Eimear Mullan made a winning start to 2013 by winning the Duathlon Internacional Lanzarote at Club la Santa. Mullan stayed with Jenny Schulz of Germany  on the opening 5km run  and pulled away on the 20km cycle. By the end of  the second run of 2.5km, she had built up a three minute lead.

Niamh Boland and Robbie Matthews were the winners at the Eircom BHAA Cross-Country held in very soggy conditions at Cherryfield Park in Firhouse, Dublin.
* Kerry Harty (Newcastle)  ran 4:19.00 for 1500m indoors at the Scottish Indoors in the new Emirates Arena Glasgow; not far off her indoor best of 4:18.11 and a best ever season opener. Catherine McManus was second in the 60m hurdles with 8.81, while Amy Foster ran  7.54 for 60m. At the Sorlien Memorial, Kalyn Sheehan won the 60m hurdles in 8.72, also competing in the 200m, 500m, long jump and shot. 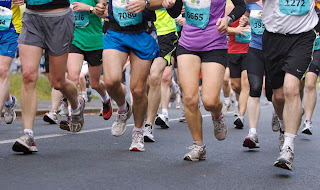