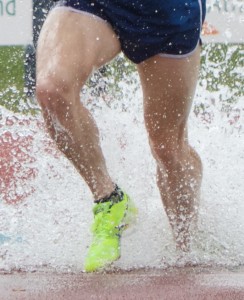 Entered in the 1500m is UCD’s Ellie Hartnett who ran 4:25.71 indoors earlier this year. Wicklow woman Hartnett, who graduated last year, is working as a physiotherapist at the Cotswold Leisure Centre in Cirencester and has joined the local athletics club. Her coach remains James Nolan of UCD.

Also entered is Irish international athlete Clare Tarplee, who ran a time of 4:10.65 in Ostrava last year; Tarplee is also signed up for the 800m. A strong field in the 1500m includes Hannah England, the 2016 British Indoor champion and Anna Emilie Moller of Denmark, who set a European junior record of 9 mins 32 secs in the 3000m steeplechase at the Rio Olympics.

Entered in the 1500m B race are Rachel Gibson of North Down and DSD’s junior Jodie McCann, who hopes to get close to the European U20 standard of 4:30.

Raheny’s Kieran Kelly goes in the men’s 1500m A race; he ran a time of 3:43.59 last summer. Running in the B race are Irish schools cross-country champion Darragh McElhinney of Bantry AC, still aged only 16, but aiming to improve on his 3:54.50 best for the distance, which is not far off the European U20 mark of 3:52.

Also running is 17-year-old Charlie O’Donovan of Leevale, who came very close to the Euro qualifying mark with a time of 3:52.98 in Greystones last week.

Over 800m, Kilmore’s Fiona Kehoe has a place in the women’s A race, with Alex O’Neill of St Conan’s U17 scheduled to run in the B race. Mark McDonald of Clonliffe and Kieron Sexton of Crusaders AC go in one of the many men’s 800m races. 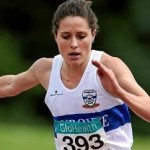 Away from the racing, Rio steeplechaser Sara Treacy is the star guest for a Q & A session focusing on the ‘chase. Two 2000m steeplechase races are scheduled for tomorrow, with Jayme Rossiter of Clonliffe Ireland’s only representative.

AT THE SECOND DUBLIN GRADED MEET of the season in Tallaght, multi-eventer Elizabeth Morland of Cushinstown jumped a personal best 5.88m to win the long jump.   Brian Masterson of DSD clocked 22.6 for the 200m, with Vicky Harris of Mullingar Harriers the fastest woman with 25.25 secs. DCH’s Niamh Donnelly was quickest in the women’s 1500m  with a time of 4:42.26; Peter Arthur of Liffey Valley ran 4:07.77 for the fastest men’s time.  Winning the women’s 5000m in 17:39.68 was Isabel Carron of Skerries AC. 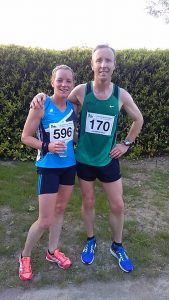